So that's where the offense was hiding!

Share All sharing options for: Cubs Heroes and Goats: Game 83

Apparently the bag with the magical bats was finally found after last being seen in St. Louis in early May. Someone should really put a GPS on that thing.

Graphs for Game 83 (courtesy of Fangraphs): 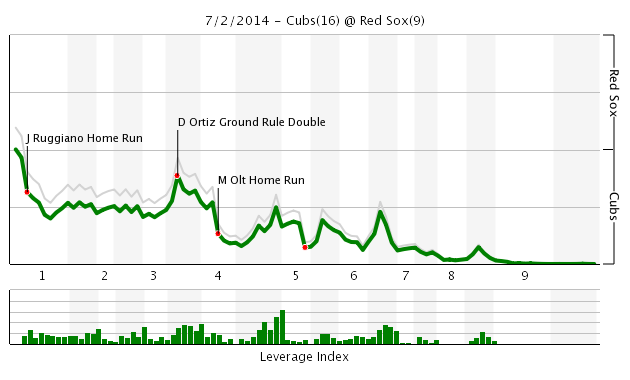 Ruggiano rides his early offense to the top of the Hero podium, while Wood gets knocked around and heads to the showers early with Wednesday night's Billy Goat trophy.