Second verse, same as the first!

Share All sharing options for: Cubs Heroes and Goats: Game 84

Another matchup between Jason Hammel and Tanner Roark, and another 7-2 Cubs' victory.

Also, the question was asked in the Game 83 Heroes and Goats recap as to the last time that neither Starlin Castro nor Anthony Rizzo appeared on either podium. The answer is Game 66 on June 14, the Cubs' 7-4 loss to the Philadelphia Phillies.

Graphs for Game 84 (courtesy of Fangraphs): 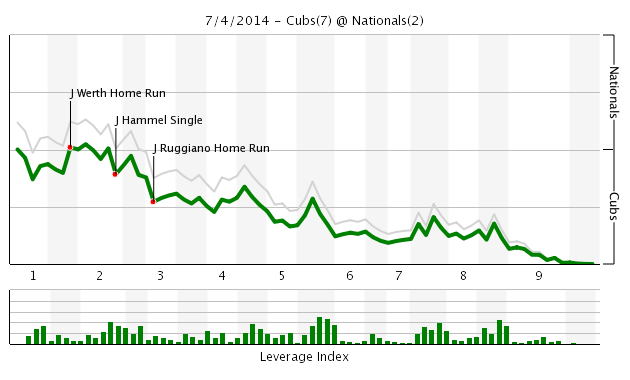 Ruggiano leads the Heroes for the second straight day, while Rizzo falls back into a tie at the top of the plus/minus chart.