Carlos Villanueva gets called on to make the Saturday start in place of Jeff Samardzija, and things don't go all that well to put it nicely.

Share All sharing options for: Cubs Heroes and Goats: Game 85

Busy weekend for both me and the Cubs... playing a little bit of catch-up here. (EDITOR'S NOTE: H&G for Sunday's game will be along a bit later in the evening.)

Graphs for Game 85 (courtesy of Fangraphs): 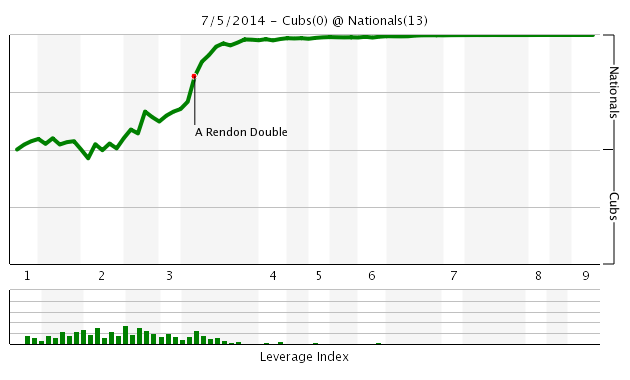 UPDATED RANKINGS THROUGH GAME 85 (Changes in Bold): A few extra notations for the updated rankings.

Castillo and Coghlan make the Hero podium almost by default, while Villanueva and Rusin lock everything into place.