Take your pick for the primary cause of Monday night's 9-3 loss; there are plenty of scapegoats to be found.

Share All sharing options for: Cubs Heroes and Goats: Game 87

It would be easy to look at Monday night's loss, point over at Edwin Jackson and say "that guy," but it would be just as easy -- if not even easier -- for him to point right back at the offense for their putrid 2-for-15 performance with runners in scoring position.  So for this game, we're going to change up the poll a little bit.

Graphs for Game 87 (courtesy of Fangraphs): 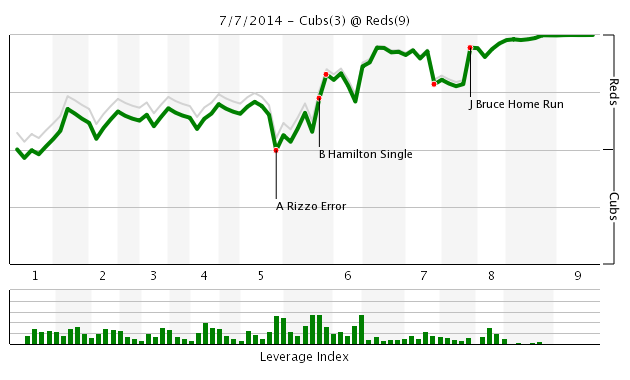 UPDATED RANKINGS THROUGH GAME 87 (Changes in Bold, Notations Below):

Rizzo leads the Heroes for the first time in 13 games, while Jackson falls dangerously close to the bottom of the plus/minus chart.