Despite back-to-back homers from Chris Coghlan and Ryan Sweeney -- yes, you read that correctly -- neither of the two make the Hero podium thanks to their performances in the seventh inning.

Share All sharing options for: Cubs Heroes and Goats: Game 88

Fun fact: The last pair of players to hit back-to-back homers for the Cubs was Mike Olt and Junior Lake on April 9.

Oh, and as for Coghlan and Sweeney in the seventh? Strikeout and groundout with the bases loaded.  No podium for you.

Graphs for Game 88 (courtesy of Fangraphs): 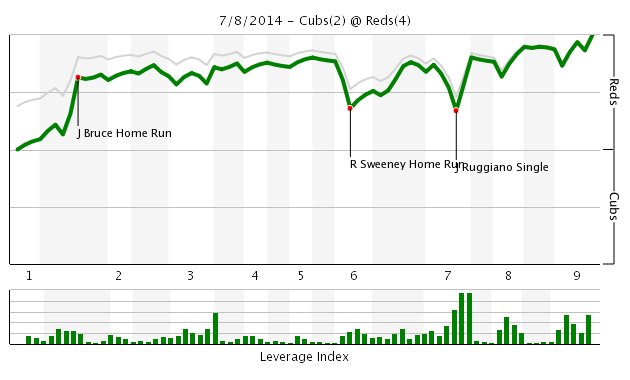 UPDATED RANKINGS THROUGH GAME 88 (Changes in Bold, Notations Below):

Ruggiano picks up his fourth Superhero in his last four podium appearances, while Castro and Valbuena copy each other's performances to land on the Goat podium.