Share All sharing options for: Cubs Heroes and Goats: Game 89

Lost in the nuclear meltdown by the Cubs' bullpen was the homer by Chris Coghlan, who became the first Cub to hit homers in both games of a doubleheader since Alfonso Soriano did it against the St. Louis Cardinals on September 15, 2007.

Graphs for Game 89 (courtesy of Fangraphs): 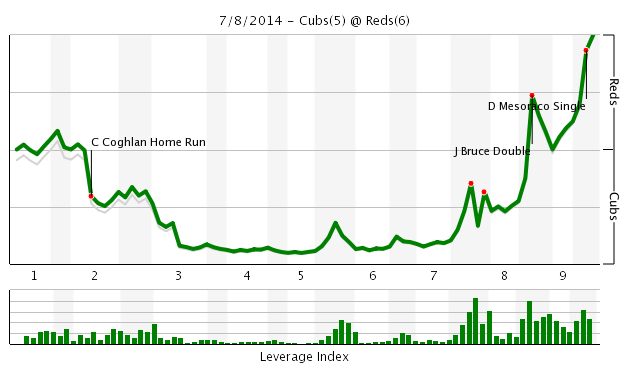 THE THREE GOATS (in Reverse Order):

UPDATED RANKINGS THROUGH GAME 89 (Changes in Bold, Notations Below):

Wada makes the Hero board in his debut with a second-place finish, while the bullpen takes all three Goat positions in a landslide.