The Night The Backup Catcher Got The Win

BCB's Danny Rockett got stuck outside the gates of Wrigley Field at midnight like Cinderella at the ball and then wrote a song about it!

Share All sharing options for: The Night The Backup Catcher Got The Win

Tuesday night at around 1:30 a.m, I sat with a couple of my best friends in The Dugout on Addison watching the Cubs finally win the 16-inning marathon game which saw John Baker, the Cubs' backup catcher, record likely his only "W" as a pitcher.

It was a wild game, one I wished I could have seen in person. But I had been drinking in the Captain Morgan Club, and not realizing the time, got left outside when the club closed at midnight. My friends and I went to every entrance trying to get back in, but alas, security wouldn't budge, even threatening me with handcuffs when I became too persistent. Thus, I watched the end of the game from a barstool on Addison, and not with the 500 other brave fans who stayed at Wrigley into the wee hours of the morning. But like all tragedies that befall me, the experience makes good fodder for a song.

And when you're done listening to that… enjoy my exclusive interview with Billy Cub that took place right before the marathon game. Not sure why my camera accelerometer failed.

And after watching and listening -- why not tell your friends to come see me play my unique brand of comedy folk-punk at Genghis Cohen, Friday, August 1, in Hollywood at 7:30 p.m. And then come hang out with me at Dodger Stadium on Saturday and Sunday... because this intrepid fake reporter is in L.A.!

Here are a few crazy photos from that infamous long game. 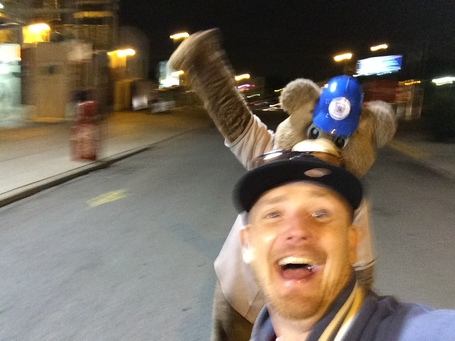 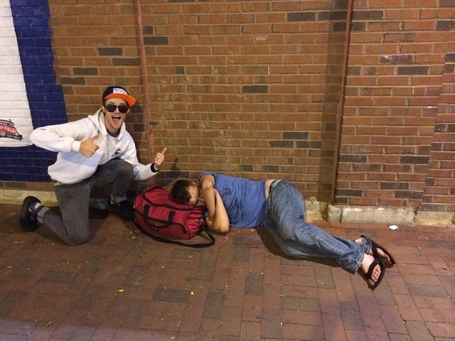 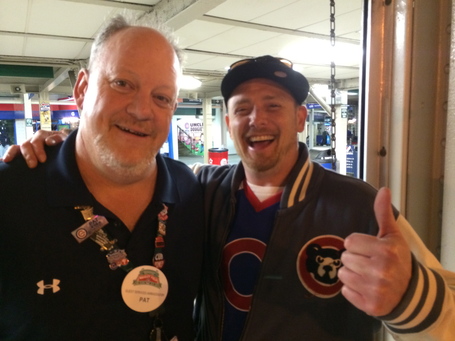 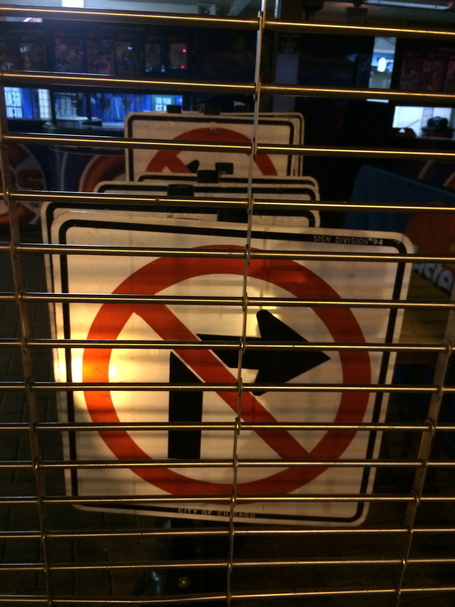 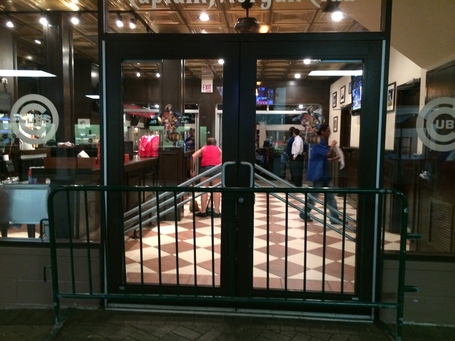