On a night with few opportunities to make anything happen, all it takes is one hit to take the top of the Hero podium. And the hit doesn't even have to leave the yard.

Share All sharing options for: Cubs Heroes and Goats: Game 117

Graphs for Game 117 (courtesy of Fangraphs): 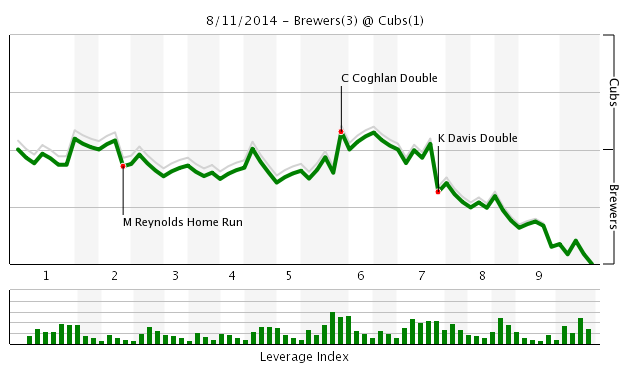 UPDATED RANKINGS THROUGH GAME 117 (Changes in Bold, Notations Below):

Coghlan leads the Heroes for the third time in eight games, while Valbuena tries to figure out how to end his skid.