Kyle Hendricks just keeps on rolling along, racking up his fifth straight quality start and his fourth Superhero award in five starts.

Share All sharing options for: Cubs Heroes and Goats: Game 118

The question came up in the recap thread for Monday's game as to what NFL team was the most rooted for among Cubs fans. Actually, the exact statement was:

...there are probably more Cubs fans that are Packers fans than Bears fans.

So today's poll will ask the BCB community: For all you Cub fans out there, who is your favorite NFL team?  Granted, this sample will probably be very heavily biased, but it'll be interesting just to see where the BCB community stands on this issue.

But anyway, back to the normal recap.  This just in: Kyle Hendricks rocks.

Graphs for Game 118 (courtesy of Fangraphs): 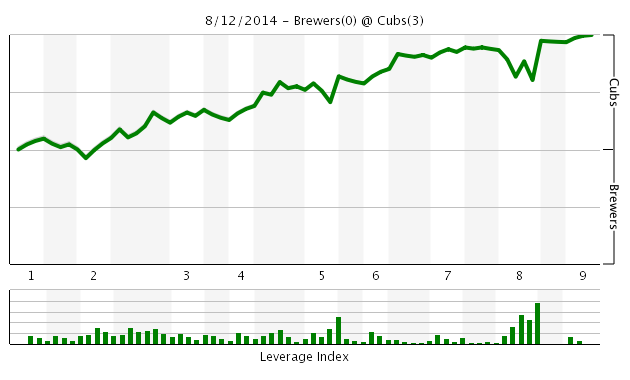 THE THREE GOATS: The oh-fers have it!

UPDATED RANKINGS THROUGH GAME 118 (Changes in Bold, Notations Below):

Hendricks moves to second place on the plus/minus chart among all starting pitchers, while Coghlan flips from yesterday's Superhero to today's Billy Goat.