Tsuyoshi Wada follows up the strong performance by Kyle Hendricks on Tuesday night with one of his own on Wednesday night.

Share All sharing options for: Cubs Heroes and Goats: Game 119

One hundred BCB points go to bonscottsbigballs for his prediction of Wednesday night's Superhero. Might be time for me to replenish my BCB point stash.

For today's poll, Heroes and Goats asks: Following up on Tuesday's Jon Lester discussion, what do you think the 2015 Opening Day payroll will be?

Graphs for Game 119 (courtesy of Fangraphs): 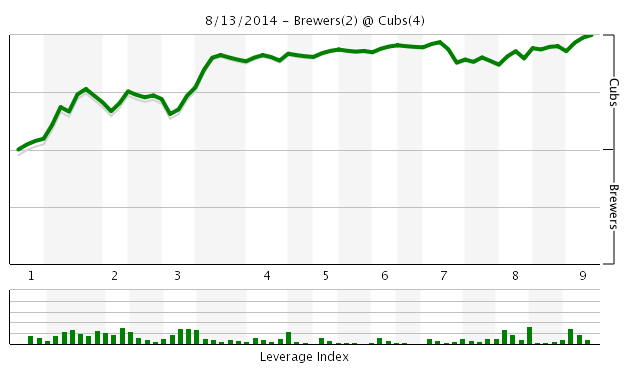 UPDATED RANKINGS THROUGH GAME 119 (Changes in Bold, Notations Below):

Wada picks up his second Superhero of the year, while the six, seven, and eight-hitters sweep the Goat podium in hitless fashion.