Edwin Jackson started. Not much else needs to be said.

Share All sharing options for: Cubs Heroes and Goats: Game 120

The silver lining to Thursday's loss: Two new faces made their first appearance on the Hero podium. Probably because they weren't part of the group that was striking out 16 times.

Graphs for Game 120 (courtesy of Fangraphs): 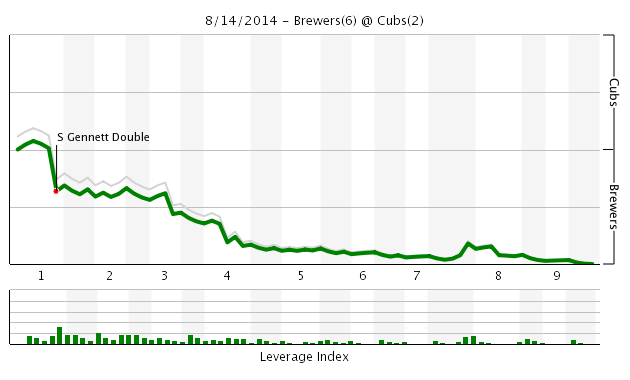 UPDATED RANKINGS THROUGH GAME 120 (Changes in Bold, Notations Below):

Turner and Valaika make their podium debuts, while Jackson... yeah.