The first three innings for Travis Wood were really good. Then came the fourth.

Share All sharing options for: Cubs Heroes and Goats: Game 121

And from the Silver Lining department: 14 strikeouts is less than 16.  Progress!

Graphs for Game 121 (courtesy of Fangraphs): 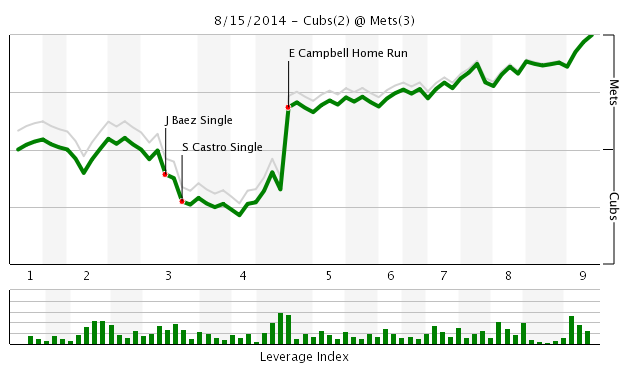 UPDATED RANKINGS THROUGH GAME 121 (Changes in Bold, Notations Below):

Wood joins Edwin Jackson in the double-digit Billy Goat club, and Castro pulls in front of Anthony Rizzo for the most Superhero awards on the season.