Dan Straily takes the top spot on the Goat podium with his Cub debut on Saturday night.

Share All sharing options for: Cubs Heroes and Goats: Game 122

And the strikeouts continue to decrease, down to 10 in Saturday night's game. Can single digits be that far behind?...

Graphs for Game 122 (courtesy of Fangraphs): 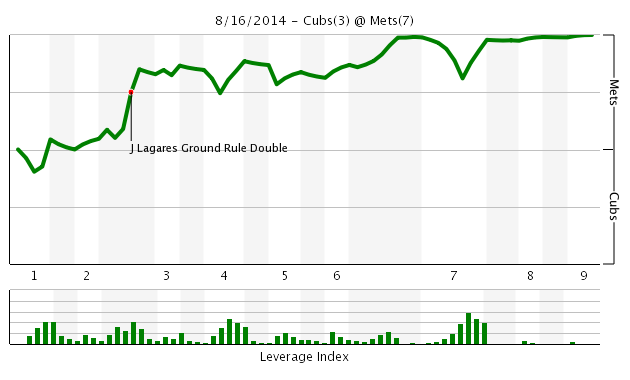 UPDATED RANKINGS THROUGH GAME 122 (Changes in Bold, Notations Below):

Castillo breaks the fourth-place tie on the Hero chart, while Straily ponders what to do differently when he starts again later this year.