Despite the tie-breaking homer in the ninth, Starlin Castro comes up short in the race for the Superhero award thanks to the dazzling performance of Jake Arrieta on the mound.

Share All sharing options for: Cubs Heroes and Goats: Game 123

And in the third game of the series, the strikeout total finally nudged back into single digits with only nine whiffs recorded by the Cubs. Who could ask for anything more?

Graphs for Game 123 (courtesy of Fangraphs): 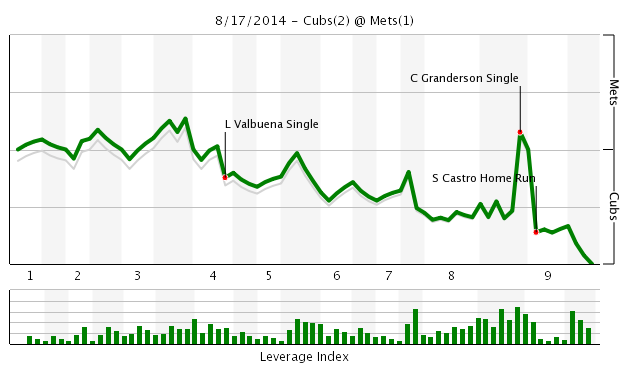 UPDATED RANKINGS THROUGH GAME 123 (Changes in Bold, Notations Below):

The top three players on the plus/minus chart all see action on Sunday, with Arrieta and Castro's differentials moving up while Rizzo's differential moves down.