Anthony Rizzo blasts his 28th homer of the year to right field to pick up the Monday Matinee Superhero at Citi Field.

Share All sharing options for: Cubs Heroes and Goats: Game 124

From the "In Case You Missed It" files, a bit more trivia regarding the homer by Javier Baez in the eighth inning of today's game, courtesy of the good people at Baseball Reference:

Graphs for Game 124 (courtesy of Fangraphs): 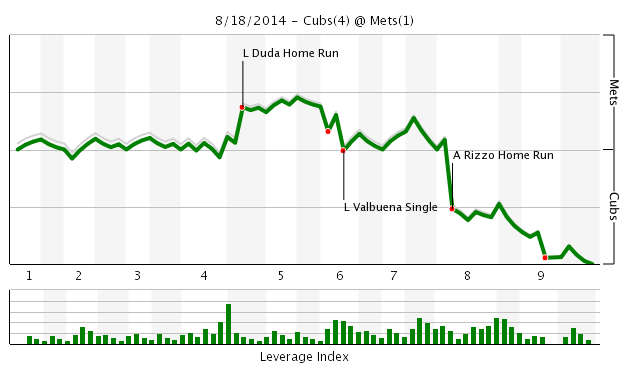 UPDATED RANKINGS THROUGH GAME 124 (Changes in Bold, Notations Below):

More movement at the top of the plus/minus chart, with all of the top players other than Starlin Castro making moves in either direction.