Feeling frustrated by yet another horrible Edwin Jackson start? This is the place for you!

Share All sharing options for: Cubs Heroes and Goats: Game 126

When I was in high school, there was a variety show every year in which students would perform all manner of routines, a lot of which were song-and-dance numbers and comedy skits. It was the biggest event of the year, something everyone looked forward to. One year, four of my friends performed a barbershop quartet version of the song "One More Minute" by Weird Al Yankovic, and it was the highlight of the entire show. Brought the house down. In case you're not familiar with the song and aren't able to check out the video, the song details the things that Weird Al would rather do than spend one more minute with the girlfriend that just left him.

In the spirit of that song, and as a fun way to vent some frustration, I invite all of the Heroes and Goats readers to come up with the thing you'd rather do than watch Edwin Jackson make one more start. All I ask is that you keep it clean and within community guidelines. Aside from that, have fun with it.

Graphs for Game 126 (courtesy of Fangraphs): 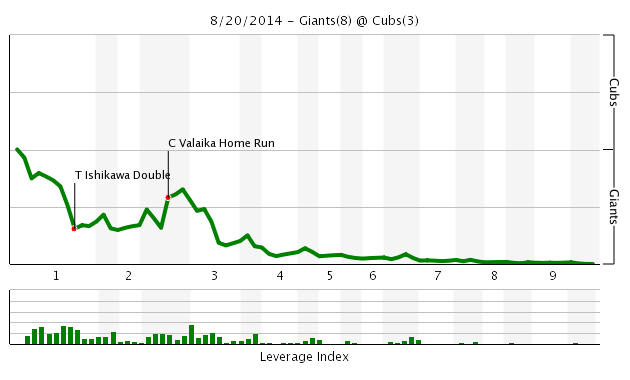 UPDATED RANKINGS THROUGH GAME 126 (Changes in Bold, Notations Below):