The final tallies are in from the completion of Tuesday's suspended game, and another first for the record books is set by Thursday's Billy Goat.

Share All sharing options for: Cubs Heroes and Goats: Game 127 and 125, Updated

Note for Tuesday's Suspended Game: Fangraphs doesn't have updated charts or WPA scores for the completion of the suspended game on Tuesday, so the final tallies for the Tuesday game are taken from Baseball Reference and are as follows:

And now, back to real time baseball action:

Graphs for Game 127 (courtesy of Fangraphs): 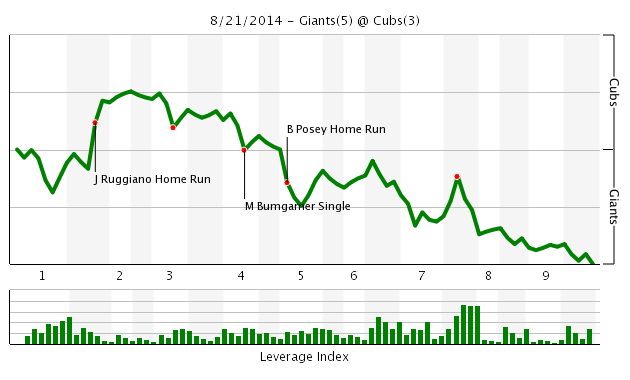 UPDATED RANKINGS THROUGH GAME 127 (Changes in Bold, Notations Below):

Szczur gets his first view from the Hero podium, while Baez takes a Goat position in a bit of dramatic fashion.