Travis Wood picks up his first win in over two months and a well-deserved Superhero award in Tuesday night's series opener.

Share All sharing options for: Cubs Heroes and Goats: Game 131

And just how good has the Cubs' bullpen been recently?  Not including Tuesday night, the pen's ERA of 1.78 and WHIP of 0.90 in the last 30 days are the best in baseball.

Graphs for Game 131 (courtesy of Fangraphs): 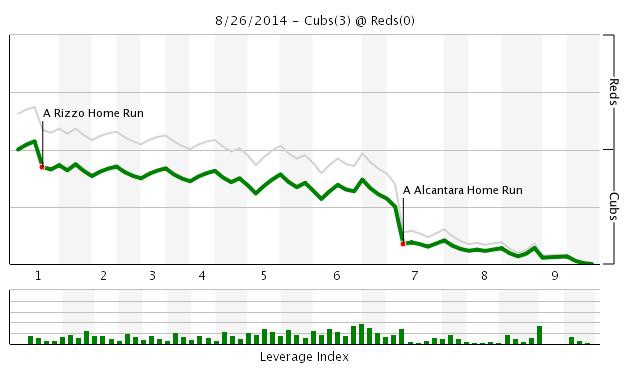 UPDATED RANKINGS THROUGH GAME 131 (Changes in Bold, Notations Below):

Wood pulls himself away from the depths of the plus/minus cellar, while Valbuena reaches striking distance of passing Nate Schierholtz for the overall Goat lead.