Despite the Cubs' 7-5 loss on Wednesday night, Jorge Soler made quite the impressive entrance in his first major-league game and earned the night's Superhero award for his efforts.

Share All sharing options for: Cubs Heroes and Goats: Game 132

Graphs for Game 132 (courtesy of Fangraphs): 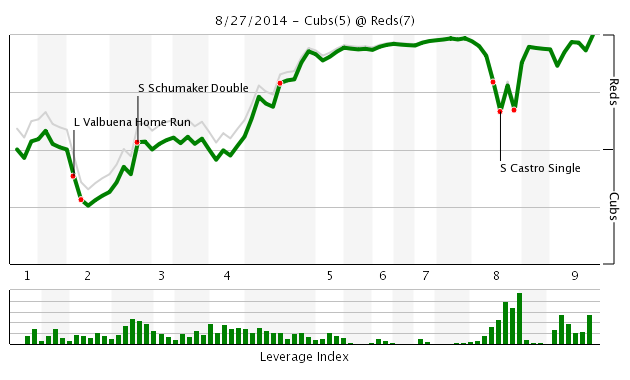 UPDATED RANKINGS THROUGH GAME 132 (Changes in Bold, Notations Below):

Soler makes his Heroes and Goats debut in style, while Turner sputters his way to the top of the Goat podium.