Share All sharing options for: Cubs Heroes and Goats: Game 133

So at this rate, he should pass Anthony Rizzo at the top of the plus/minus chart in eight more games.  Fun with extrapolation!

Graphs for Game 133 (courtesy of Fangraphs): 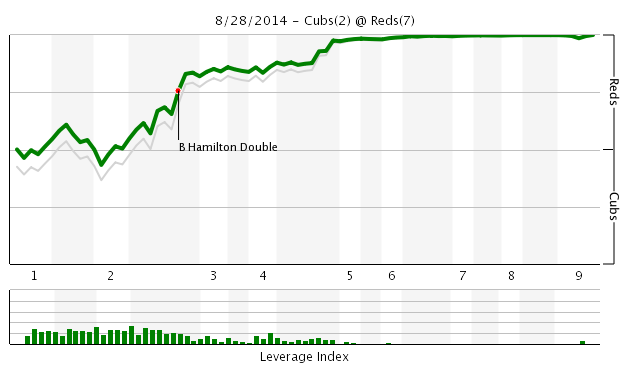 UPDATED RANKINGS THROUGH GAME 133 (Changes in Bold, Notations Below):

Soler decides to make himself at home at the top of the Hero podium, and nobody seems to mind.