Guess who's at the top of the Hero podium. Again.

Share All sharing options for: Cubs Heroes and Goats: Game 136

But before I get to that, I have to hand it to Zac Rosscup who, despite a 12.96 ERA and 2.280 WHIP, has somehow still not found the Goat podium. Apparently the role of mop-up pitcher does not suit him well. He's like the anti-Jose Veras.

Graphs for Game 136 (courtesy of Fangraphs): 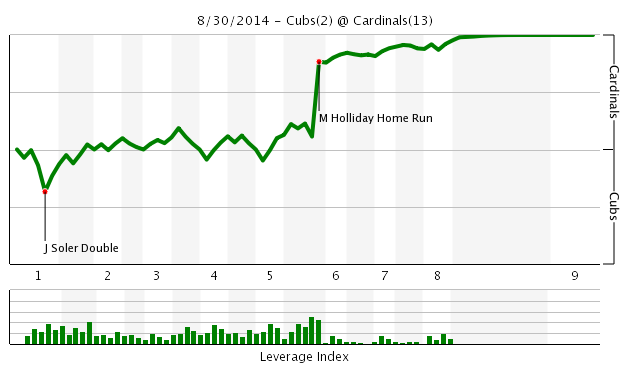 UPDATED RANKINGS THROUGH GAME 136 (Changes in Bold, Notations Below):

So who will be the first to break Soler's streak of Superhero awards? Does anyone dare to try?