Share All sharing options for: Cubs Heroes and Goats: Game 112

Somewhat-amazing-yet-scary fact: As Len and JD pointed out in the seventh inning, Coors Field is the third-oldest park in the National League.

Graphs for Game 112 (courtesy of Fangraphs): 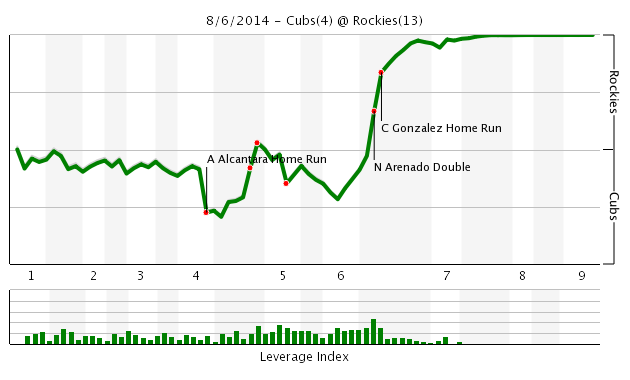 UPDATED RANKINGS THROUGH GAME 112 (Changes in Bold, Notations Below):

Coghlan continues his hot-hitting ways, while Arrieta ponders canceling any future travel plans he may have had to Colorado.