Kyle Hendricks takes the top spot with his eight-inning win, but Javier Baez puts himself in rare company with his outing on Thursday.

Share All sharing options for: Cubs Heroes and Goats: Game 113

As I was sitting in training this afternoon at work and then in traffic on my way home on a rainy day, I could have sworn that I heard squeals of joy coming from the northeast.

Then I got home, saw the scoreboard on MLB.com, and it all made sense.

Graphs for Game 113 (courtesy of Fangraphs): 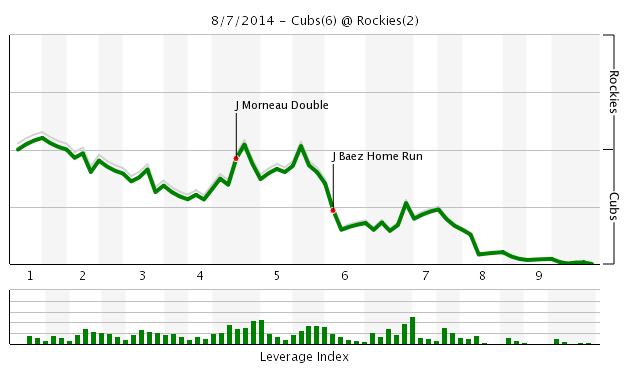 UPDATED RANKINGS THROUGH GAME 113 (Changes in Bold, Notations Below):

Hendricks picks up his third Superhero award in five starts, with Baez and Castro homering their way to the second and third spots on the Hero podium.