Share All sharing options for: Cubs Heroes and Goats: Game 137

It's been a while since the Cubs had one of these games. Hopefully it'll be a while before one happens again.

Graphs for Game 137 (courtesy of Fangraphs): 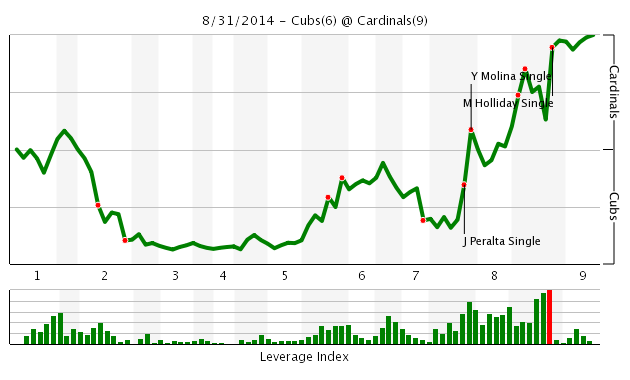 UPDATED RANKINGS THROUGH GAME 137 (Changes in Bold, Notations Below):

Wood climbs up the plus/minus chart thanks to a fielding error, and Villanueva drops down to meet him thanks in part to a ball that bounced off of him.