Jake Arrieta does his thing once again, but a bullpen implosion started by Neil Ramirez brings the losing streak to five.

Share All sharing options for: Cubs Heroes and Goats: Game 145

It won't show up in the Goats, but that outing by Brian Schlitter was his ugliest since his meltdown on July 24. The only thing that saved him from a podium appearance Tuesday night was the fact that he went nuclear in the eighth inning.

Graphs for Game 145 (courtesy of Fangraphs): 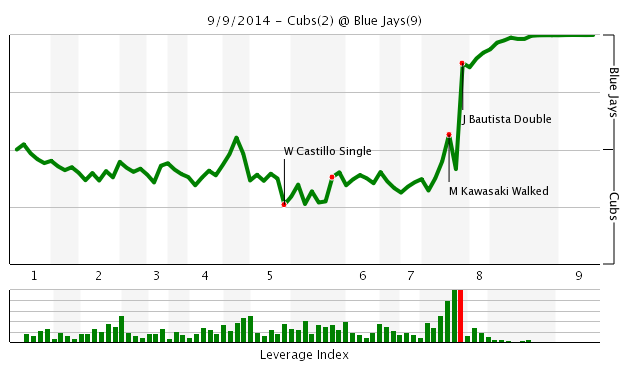 UPDATED RANKINGS THROUGH GAME 145 (Changes in Bold, Notations Below):

Arrieta passes Castro for second place on the plus/minus chart, while Soler slips back to fifth.