Very few positive contributions to be found on Wednesday night as the skid hits six games, with the Superhero going to a player who hasn't seen that part of the podium in over three months.

Share All sharing options for: Cubs Heroes and Goats: Game 146

Apparently there's something about Canadian air that has a negative impact on the Cub bullpen. Or at least that's my story and I'm sticking to it.

Graphs for Game 146 (courtesy of Fangraphs): 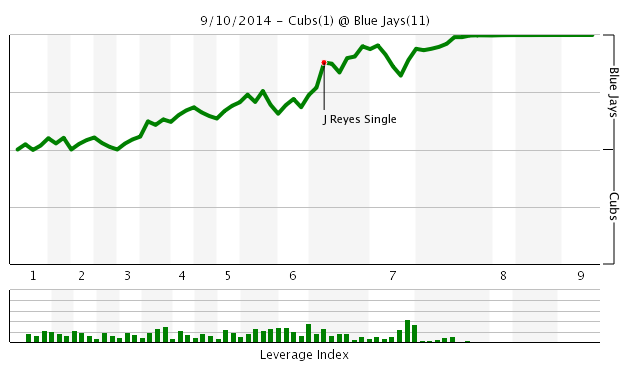 THE THREE HEROES: Another brutal group, but not nearly as bad as Monday.

UPDATED RANKINGS THROUGH GAME 146 (Changes in Bold, Notations Below):

Lake picks up his first Superhero since May 25 (talk about burying a lede!), while Alcantara sinks further into negative territory on the plus/minus chart.