Javier Baez completes a good weekend, making the Hero podium in each of the final two games against Pittsburgh.

Well, at least the Cubs squeezed one win out of the road trip. Hey, it's better than none.

And for Sunday's game:

Graphs for Game 149 (courtesy of Fangraphs): 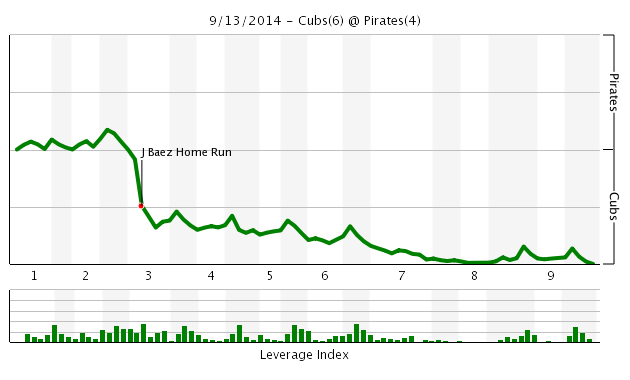 UPDATED RANKINGS THROUGH GAME 149 (Changes in Bold, Notations Below):

Baez begins the slow climb back toward zero on the plus/minus chart while Alcantara sinks into murky waters at the bottom of the list of active players.