The MLB Postseason Schedule Is... Confusing

You'll need a channel guide to follow the playoffs this year. Herein, you have one.

Share All sharing options for: The MLB Postseason Schedule Is... Confusing

While the Cubs sit home and watch the MLB playoffs on television for the sixth straight year, I know that many of us are also interested in watching postseason baseball.

Remember the days when all the postseason games were on one TV network, or two? Those days are long gone, and now, with major-league baseball having multiple national television partners, the games are spread out among three networks and as many as five different channels.

If you think that's late in the year, just wait until 2015, when Game 7 of the World Series will be played November 5. (Makes for a shorter off-season, anyway.)

Here's the rest of the postseason schedule, with TV channels for each game; games will be carried variously on TBS, ESPN, Fox, Fox Sports 1 and MLB Network.

All tiebreaker games would be played Monday, September 29, all televised by ESPN.

Here's the rest of the schedule in easy-to-read form. We'll have game threads for every playoff day and I'll post the TV info there, too. 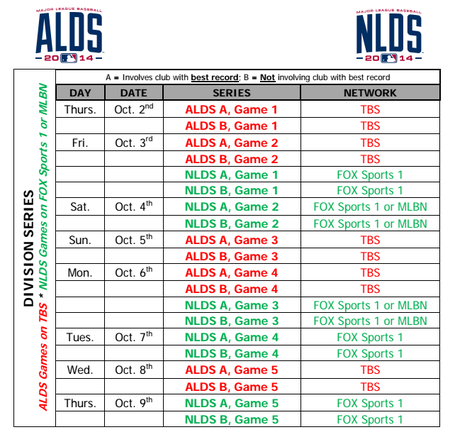 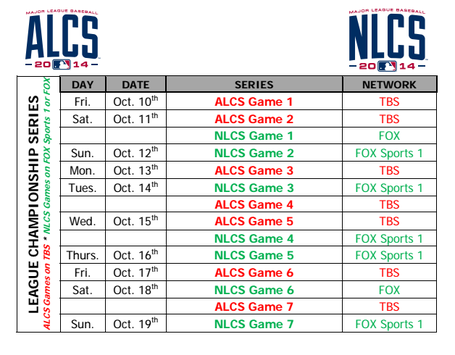