Jake Arrieta throws a masterpiece on Tuesday night and wins the Superhero award in a landslide.

Share All sharing options for: Cubs Heroes and Goats: Game 151

Some fun facts from Arrieta's one-hitter on Tuesday night:  By game score standards, his score of 97 was the third best performance in the major leagues this season behind only the Madison Bumgarner one-hitter on August 26 and the Clayton Kershaw no-hitter on June 18. It was also Arrieta's first complete game in his career and blew away his previous high game score of 86 on June 30.

Graphs for Game 151 (courtesy of Fangraphs): 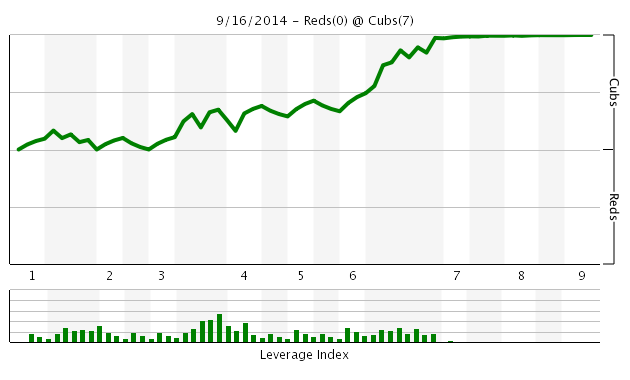 UPDATED RANKINGS THROUGH GAME 151 (Changes in Bold, Notations Below):

Arrieta extends his dominance of the plus/minus chart among starting pitchers, while Baez sinks back into double-digit negatives.