One botched play leads to the 2014 Cubs WPA Pitching Meltdown of the Year.

Share All sharing options for: Cubs Heroes and Goats: Game 153

When I first saw today's chart it made me think of the "Cliff Hangers" game from The Price is Right. The yodeling in the song used in that game always cracked me up.

Graphs for Game 153 (courtesy of Fangraphs): 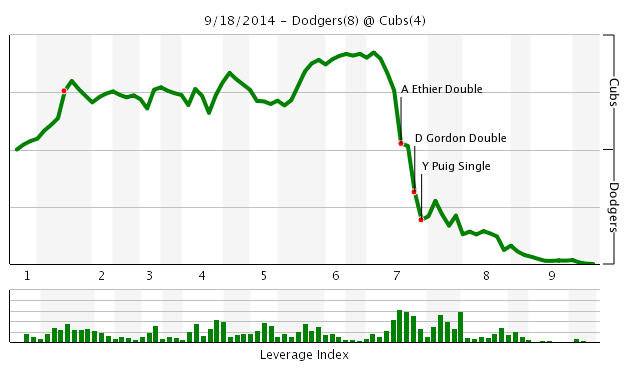 UPDATED RANKINGS THROUGH GAME 153 (Changes in Bold, Notations Below):

Wada ends his season in second place among active starters on the plus/minus chart, and Valbuena creeps closer to Starlin Castro for second place on the overall Hero board.