Share All sharing options for: Cubs Heroes and Goats: Game 138

It remains unknown as to whether or not he had to get Jorge Soler's consent before taking the top podium spot.

Graphs for Game 138 (courtesy of Fangraphs): 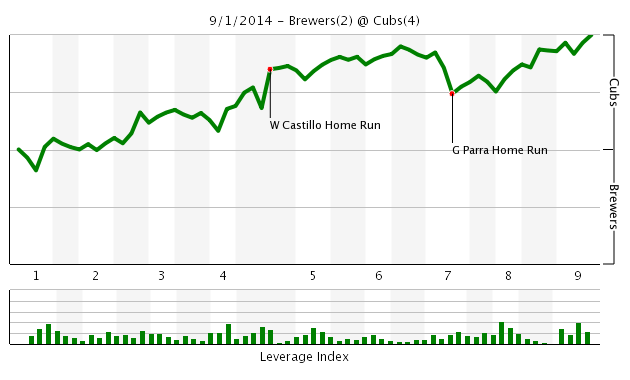 UPDATED RANKINGS THROUGH GAME 138 (Changes in Bold, Notations Below):

Turner picks up his first Superhero award of the year, while Baez sinks into double-digit negatives on the plus/minus chart.