Because no one else seemingly wanted it, Anthony Rizzo picks up his team-leading seventeenth Superhero award of the season.

Share All sharing options for: Cubs Heroes and Goats: Game 157

Which makes me wonder: Just what did Chris Coghlan do with that thing over the weekend??

Graphs for Game 157 (courtesy of Fangraphs): 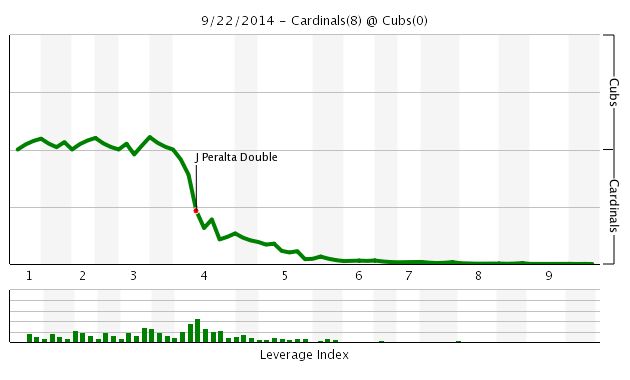 UPDATED RANKINGS THROUGH GAME 157 (Changes in Bold, Notations Below):

Rizzo now stands one Superhero award away from breaking the plus-50 barrier for the season.