Just another day at the office for Jake Arrieta, picking up his ninth Superhero award of the season.

Share All sharing options for: Cubs Heroes and Goats: Game 139

I wasn't sure if the Cubs had ever scored seven runs off of Yovani Gallardo before, and it turns out that they have. Back on September 15, 2009. Some fun names in that box score.

Graphs for Game 139 (courtesy of Fangraphs): 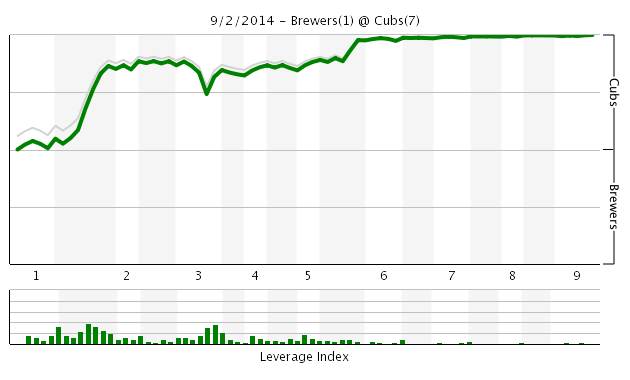 THE THREE GOATS: Also known as the hard-luck or bad-beat club on Tuesday night.

UPDATED RANKINGS THROUGH GAME 139 (Changes in Bold, Notations Below):

Arrieta nudges right up behind Starlin Castro on the plus/minus chart, and Castillo continues his rebound from negative territory.