With one swing of the bat, Chris Valaika takes the top of the Hero podium in the Cubs' sweep of the Brewers.

Share All sharing options for: Cubs Heroes and Goats: Game 140

And once again, the guys on the Goat podium all have the look of the Monopoly Man on the "Pay Poor Tax of $15" card.

Graphs for Game 140 (courtesy of Fangraphs): 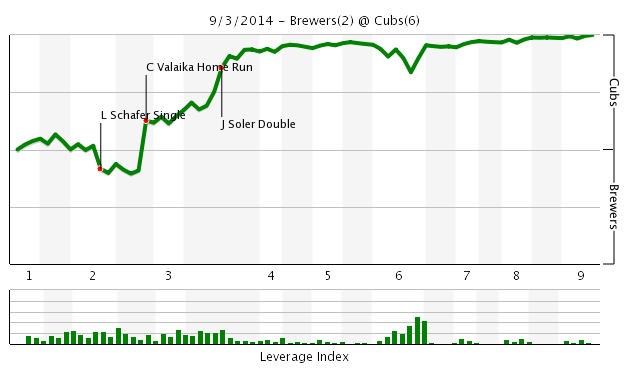 UPDATED RANKINGS THROUGH GAME 140 (Changes in Bold, Notations Below):

Valaika picks up his third Superhero award of the season, while Soler continues his climb up the plus/minus chart.