The staff at Heroes and Goats would like to apologize in advance for possibly the most motley bunch to appear on the Hero podium this season.

Share All sharing options for: Cubs Heroes and Goats: Game 144

But before we get to that... am I the only one who feels like the graph for this game looks way too familiar lately?

Graphs for Game 144 (courtesy of Fangraphs): 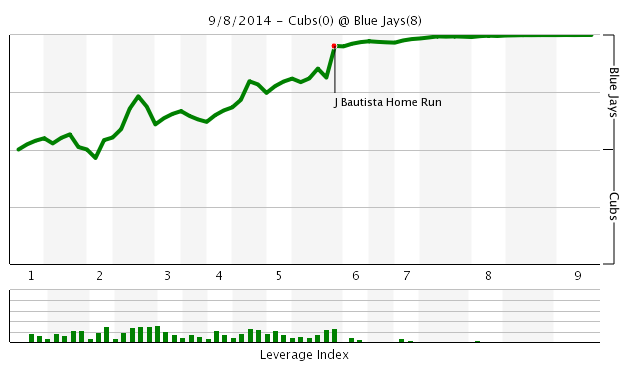 THE THREE HEROES: Seriously, this is a really bad podium. Possibly the worst of the season.

UPDATED RANKINGS THROUGH GAME 144 (Changes in Bold, Notations Below):

Soler moves up to fourth on the plus/minus chart while looking at the other two guys on the podium, wondering exactly what they were doing there.