The Cubs/Indians series is down to three games, and just this one at Wrigley Field.

At last, a day in Chicago with no threat of rain. You might not think that's a big deal, but the last seven Cubs home dates -- all five in this homestand and the last two against the Royals -- have had weather issues. They range from two rainouts to two unseasonably cold drizzly days to a long rain delay to having half of one game played in a steady rainfall.

That's not really conducive to baseball. The only real good that came out of all this was an extra day of rest (Monday) for the Cubs' somewhat-overworked bullpen.

Also, if you are going to tonight's game, the Blackhawks will be in attendance along with the Stanley Cup. They will walk around the warning track, pose with the Cup and throw out a ceremonial first pitch. Arrival time is expected to be around 6:30 p.m.

I'm sure you're probably much more interested in Kyle Schwarber's callup from Double-A, but here is a photo taken by BCB's David Sameshima underneath the bleachers while we waited to hear that Monday night's game had been called (click to embiggen): 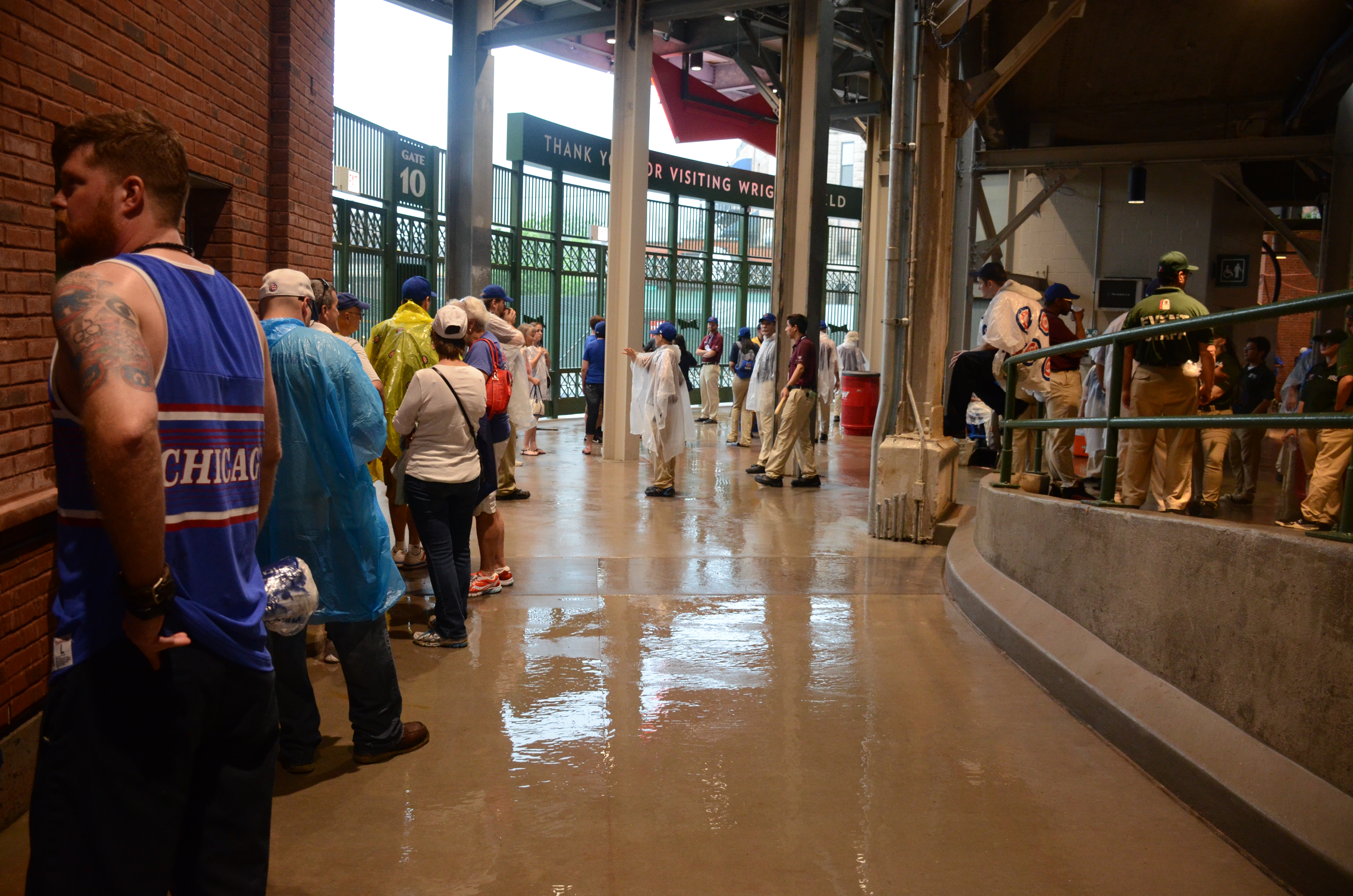 Now, here are today's particulars, for a game that won't be delayed or rained out:

Though Schwarber has been added to the roster, no start for him tonight, though he will likely be a pinch-hitter. This lineup is the same one that was announced for Monday's game.

Sun's out! Let's try this again, shall we? Game preview: http://t.co/sy0aa6YtvV #LetsGo pic.twitter.com/XYmtAhni3Q

Since the pitching matchup from Monday's rainout is simply being moved to tonight, you get to read it again!

Jake Arrieta has been very good again this year. One example: he's walked just one batter in his last three starts, covering 19 innings. His three career starts against the Indians (the last one was in 2012) were not good, but that was before Bosmosis. Current Indians are a small-sample-size 12-for-51 against Arrieta, and he does particularly well against Nick Swisher (0-for-18).

Trevor Bauer, once the third overall pick in the draft (2011, Diamondbacks) was traded away by Arizona in part because they thought he was uncoachable. Bauer has had middling results in the major leagues (career 4.18 ERA and 1.387 WHIP in 46 starts) but has been better this year, though he still walks a lot of hitters (4.1 per nine innings). He has never faced the Cubs and the only Cubs he has faced (Chris Denorfia, Miguel Montero and Dexter Fowler) are a combined 3-for-9 against him. What will we see tonight? Anyone's guess.

The 2015 Game Thread procedure has changed a bit. Here's how it will work going forward.