The NLCS shifts to southern California... where it's going to be unseasonably hot.

LOS ANGELES -- Yes, I'm here in the City of the Angels hoping to celebrate Thursday night. That'll be a tall order... but this team has done many such tall orders this year.

That will most emphatically not be the case for Games 3, 4 and 5 at Dodger Stadium. Forecast highs for today are in the 80s, but it could get into the 90s or even close to 100 degrees Thursday.

Hot enough? Hope that heats up the Cubs bats.

Your #Cubs lineup for #NLCS Game 3!

Well, Joe Maddon said he was thinking about some minor lineup tweaks and I think these work. Ben Zobrist and Javier Baez moved up, and Jorge Soler in right field instead of Jason Heyward against the lefthander Rich Hill. Makes good sense. Now score some runs! 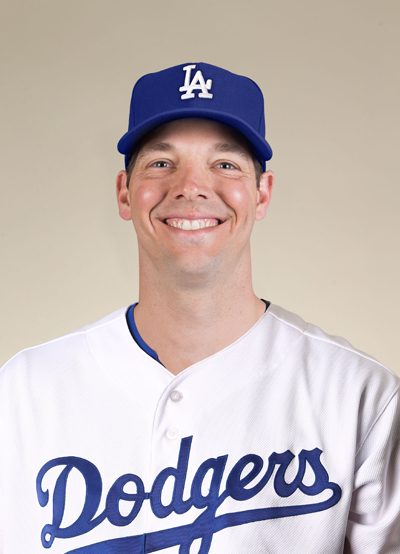 Of course, you know Dodger Stadium was the site of Jake Arrieta's first no-hitter, last year. He did not pitch there during the 2016 regular season, and in his only outing vs. the Dodgers, May 31 at Wrigley Field, he threw seven shutout innings, allowing only two hits (though four walks) with 10 strikeouts. (The Cubs lost that game via bullpen meltdown.) I'll take one of those Jake outings tonight, please.

Rich Hill. Wow. I give him tremendous credit for coming back from indy ball and various surgeries to be the kind of pitcher the Cubs hoped he would be when they drafted him. In 24 regular-season starts in 2015-16, Hill posted a 2.00 ERA and 0.926 WHIP. In the postseason this year? Uh... not so much. 6.43 ERA, 1.857 WHIP in two starts covering just seven innings. This Cubs team is so young and Hill was away for so long that just four current Cubs have faced him, and only David Ross (who isn't starting tonight) has more than three at-bats against him.

In short, good scouting will have to suffice, and hope Hill gets hit the way he did in the division series against the Nationals.