The Cubs will try to even up the World Series at one win each.

Among many interesting facts about Game 1 of the World Series is, as you might have guessed, TV ratings are way up:

Cleveland’s 6–0 with in Game 1 is great news for Fox if you think the Cubs are the favorites in the Series. The opening game drew a 12.6 overnight rating (meaning 12.6% of the TVs in the largest 56 markets were tuned in) via Sports Business Journal's Austin Karp. That was the highest-rated overnight for a Game 1 since 2009 when Phillies-Yankees drew a 13.8 overnight rating. The game was up 20% over last year’s 10.5 overnight (Royals-Mets) and 58% over 2014 (Giants Royals).

This is no surprise -- the Cubs are popular everywhere, and there are great storylines for both teams. The article goes on to say -- no surprise here either -- that Fox executives are rooting for a long series.

I hope it goes at least five games, and the Cubs win the next four.

Also, you will probably want to keep this handy tonight: 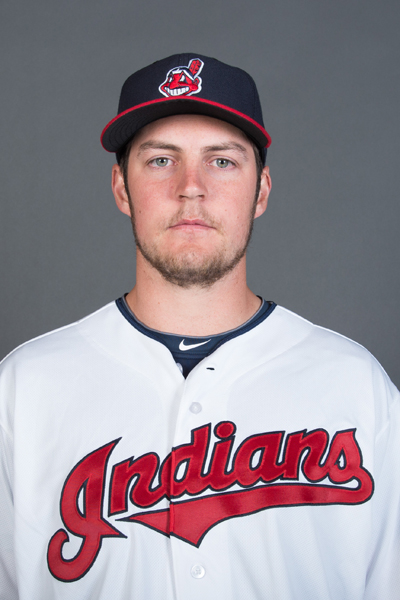 As was the case for Game 1, this Game 2 matchup occurred last year: June 15 at Wrigley Field. Oddly, the score that night, 6-0 Indians, was the same as World Series Game 1.

This game was before Jake became Jake! in 2015. Arrieta gave up a three-run homer to Carlos Santana and one other run before being removed after five. The other runs were scored off Cubs pitchers long gone from the team. Bauer threw seven shutout innings, giving up four hits and three walks and striking out seven.

The reality is that neither pitcher is much like that now. Arrieta had a great run, but he has struggled of late, including in his two postseason starts. Bauer had a rough outing in the division series against the Red Sox, although the Indians won that game, and then he had to leave his ALCS start in the first inning because he was bleeding all over the place after his drone accident.

That last part is not something I ever thought I'd have to write in a pitcher preview, but there it is. It has been nine days since Bauer's stitches came open on his pinky, and whether it's healed up enough to take the stress of pitching is still uncertain. The Indians obviously feel he's ready. He's thrown only 5⅓ innings since October 1.

Bauer had a 6.39 ERA and 1.368 WHIP in 38 innings in September with five home runs allowed. This is the Bauer we hope we see tonight.

Meanwhile, if the Jake from the second half of 2015 and first couple months of 2016 would show up tonight, we'd all be very pleased.