Trevor Story is, of course, the "story" of this series with his hot start. It will be up to Cubs pitchers to cool his bat off, and given his splits so far, that might happen:

So, more homers away from Coors Field, but a lower batting average. It should also be noted that he has 15 strikeouts in 39 at-bats. In addition to leading the league in home runs, he also leads in K's.

Now it's your turn, Cubs pitchers.

One other Cubs note:

Expect to see Javy Baez with #Cubs on Friday

At the time I wrote this preview, this move had not been officially announced, but according to this article, Munenori Kawasaki is supposed to be optioned to Iowa in the corresponding roster move.

And a reminder that today is Jackie Robinson Day; in Robinson's honor all players from both teams will wear jerseys with No. 42. 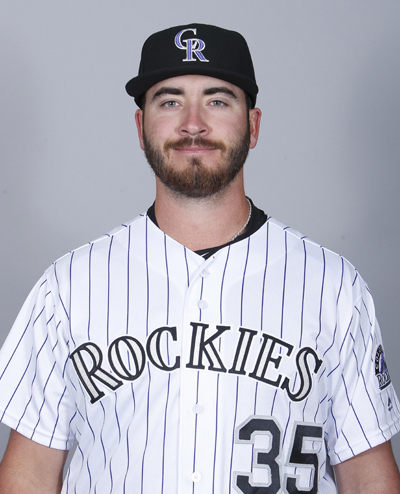 Kyle Hendricks had an very good first outing in 2016, throwing 6⅔ innings of two-run, five-strikeout baseball against the Diamondbacks. Last year he faced the Rockies twice without much success (9⅓ innings, nine earned runs). He'll have to do better than that today.

Chad Bettis' only career appearance against the Cubs was in relief July 28, 2014 at Wrigley Field. He gave up an RBI single to Anthony Rizzo. This year, he has one good start (against the Padres) and one not-so-good (against the Diamondbacks). This hints that a good offense should be able to hit him. Jason Heyward has homered off him in the past.

Today's game is on CSN Chicago. It's also being carried nationally on MLB Network.