The Cubs have their ace on the mound as they try to even up this series.

I don't usually do this, but I wanted to point out an error in the Tribune recap of Friday's loss:

Well, that's not quite right. Kyle Hendricks was charged with allowing four runs. Only two were earned, due to fielding errors. But the way it's written isn't correct.

Guess the Cubs weren't the only ones having a rough day Friday. Hopefully, everyone improves today.

A few regulars get the day off, part of Joe Maddon's plan to keep everyone well rested. And Javier Baez gets a start. 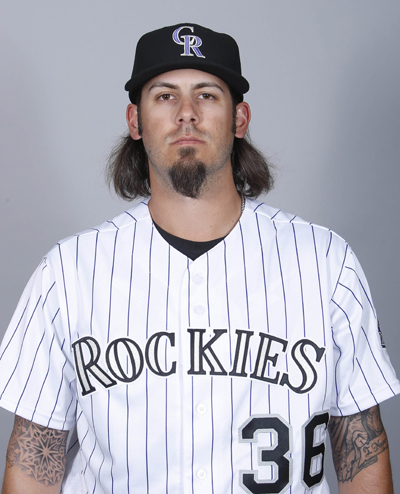 If anyone can get the Cubs back on the right track, it's Jake Arrieta. Jake's had one outstanding start and one that would be just fine for most pitchers, but that second outing was a bit below the standards he's set for himself. Jake did not face the Rockies last year and so has a very small sample size against players currently on their roster: 11-for-54 (.204). Today is also Jake's first appearance at Wrigley Field for 2016, and the game might sell out as a result.

Christian Bergman has one career appearance against the Cubs, April 10, 2015 in Denver, when he threw one scoreless inning. Jason Heyward is 2-for-4 against him, the only Cub who has more than two at-bats against Bergman. It's really impossible to say how he'll do; he's not really a starter, just pressed into service because Jon Gray is still on the DL. In 14 career starts he has a 6.14 ERA and 10 home runs allowed in 70⅓ innings. It would be nice to take advantage of that.