The Cubs look for their 10th win of this young season.

The Cubs have won five straight regular-season series dating back to the end of 2015, the last two series of last year and the first three of this season.

Since the Cubs ended the 2015 regular season on an eight-game winning streak, that means that since they began that streak with a 4-0 win over the Pirates on September 27, they have a 17-2 mark in regular-season contests.

Let's keep that going today, shall we? Another series win is possible with a victory this afternoon.

A couple more notes on Jake Arrieta, via this ESPN Insider article by Buster Olney:

Also, the Cubs have won each of Jake's last 16 starts. That ties a team record set by Ed Reulbach in 1906-07. Jake and the Cubs can break that in his next start, which should be Thursday against the Reds in Cincinnati.

Joe Maddon continues his campaign to give guys some occasional rest. Today, Addison Russell gets the day off, as well as Miguel Montero, who last played on Friday. 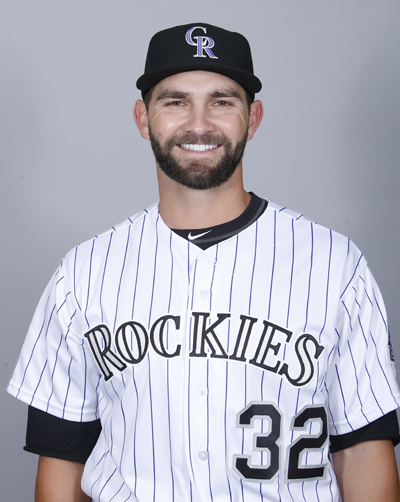 Jon Lester has made two starts, one excellent, the other good. That's a much better start than he had last year, for sure. He had one of his best Cubs starts against the Rox last year, July 29 at Wrigley Field, throwing eight strong innings with 14 strikeouts. Current Rockies are 21-for-106 (.198) against Lester with two home runs (Mark Reynolds, Carlos Gonzalez).

Tyler Chatwood has one career start against the Cubs. It happened almost three years ago, July 21, 2013 in Denver. (Link for amusement value only.) Anthony Rizzo is the only Cub left from that game who has faced Chatwood; he homered off him. Chatwood has made two starts this year; he handled the Diamondbacks pretty well but got pounded by the Giants. Here's hoping for one of those.