The Cubs have yet to lose to the Reds this year.

The Cubs are 16-6 against the Reds since the beginning of 2015 and won seven of the nine games played between the two teams in Cincinnati last year. The only losses were July 20, a tough one-run loss that was started by Clayton Richard, and the first game of a doubleheader two days later in which Kyle Hendricks had a rough first inning and then Yoervis Medina put the game out of reach.

The Cubs don't have Medina anymore, Richard is in the bullpen and Hendricks won't start in this series.

One other note: the weather that affected St. Louis on Wednesday has moved east into Ohio and there's a chance this game could get interrupted as well, by rain.

David Ross, again, gets the start against a lefty. 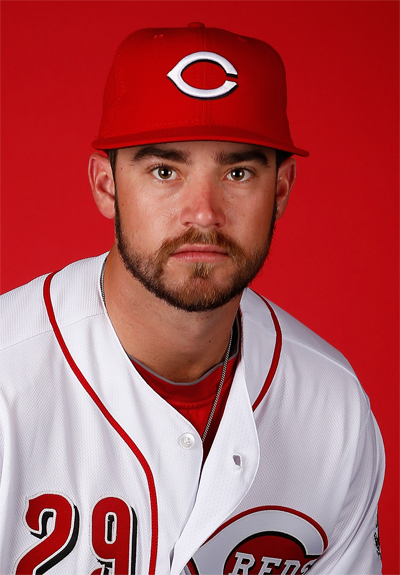 Jake Arrieta has had two excellent starts this year and one that would qualify as really good for anyone else, but was a bit below his standards. That's how good he is. He has not faced the Reds this year; last year he faced them twice in April, before his really good stretch began, and he allowed five earned runs in 12⅔ innings. That's 11 percent of all the earned runs he gave up all of 2015. Current Reds are 16-for-60 (.267) against Jake with no home runs.

Brandon Finnegan held the Cubs to one hit over 6⅔ innings April 11 at Wrigley Field, but he walked five, and that led to a pair of runs. The Cubs eventually won the game off the Reds' bullpen. Finnegan has walked 10 in 17⅔ innings this year, and the Cubs, being a patient team, should be able to take advantage of that.