The weather still isn't great, but the Cubs and Brewers will try it again this afternoon.

Since the Cubs and Brewers are going with the same scheduled pitchers as they had for Wednesday night's game, you get to read these previews again, as the Cubs go for a sweep of this abbreviated, now two-game, series.

The Cubs have essentially just pushed everyone in the rotation back by a day, and that should be the case for a while, as the Cubs don't have an off day until May 12, thus will be playing games on the next 14 consecutive days.

Not that today's weather forecast is much better than yesterday's, though at least at this writing, radars are pretty much clear. They should get this one in. 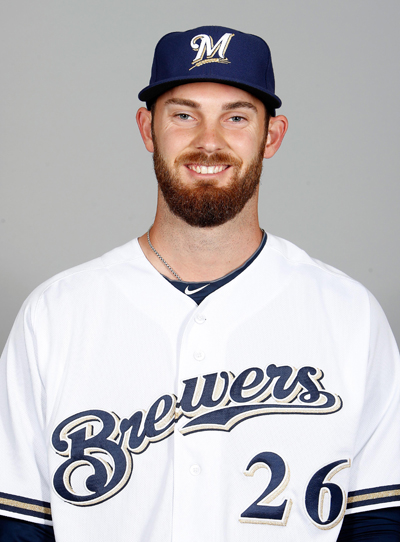 Jake Arrieta threw a no-hitter in his last start. Of course, you know this. You also know that back-to-back no-hitters has been done just once, in 1938, 78 years ago. It's almost impossible to duplicate. I wouldn't put anything past Jake, though. More important, I think, is his scoreless streak at Wrigley: 48⅔ innings, no runs allowed at home since he gave up three to the Phillies during Cole Hamels' no-hitter. Here's more on that:

Taylor Jungmann, who made 21 starts for the Brewers last year and was pretty decent, has been bad so far this year -- four starts, 8.47 ERA, 10 walks in 17 innings, six of those walks in four innings in his last outing. He made two starts against the Cubs last year, allowing four earned runs in 8⅓ innings, and issuing five walks. This patient Cubs team should have a feast, I'd think.