In 2013, the Cubs were near the beginning of a rebuild phase and the Braves were starting a season in which they would cruise to a division title, winning the N.L. East by 10 games.

The Cubs played a series in Atlanta in April 2013. They got swept and it was ugly; they lost 4-1 and 5-1 and the third game of that series this one if you care to look (awful, don't say I didn't warn you), they blew a 5-0 lead and lost on home runs by the Upton brothers in the ninth inning off Carlos Marmol.

These two teams have reversed their respective positions in just three years. The Cubs are now dominant. The Braves are rebuilding, and at the moment it's not pretty at the big-league level.

Here's hoping the Cubs do to the Braves, what the Braves did to the Cubs in Atlanta in 2013. 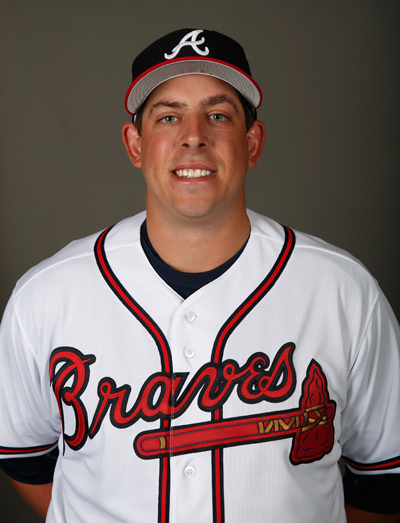 Unlike last year, Jon Lester is having an excellent April. Four straight quality starts, and he's allowed more than one run in a game just once. Last year, he had one of his better starts of the season against the Braves, July 18 in Atlanta, where he allowed just two hits in 7⅓ innings, and that was the game where a first-inning hit was changed to an error, briefly giving him a no-hit bid. Jon is also hitting .250/.400/.500 (1-for-4 with a double and a walk).

Aaron Blair was the Diamondbacks' No. 1 pick (supplemental) in 2013 and came to the Braves in the Shelby Miller deal. He's making his second major-league start today. The first one, five days ago against the Mets, was not real successful. However, he was a top-100 prospect last year. Obviously, he has never faced the Cubs nor anyone on the current Cubs roster.