SCOTTSDALE, Arizona -- As you know, this is the Cubs' first-ever Opening Day against an American League team.

But it is not the first time they have opened at night on the West Coast.

On April 12, 1960, the Cubs opened the season against the Dodgers in an evening contest at the Los Angeles Coliseum. And if you were around that day, you know that you had to stay up even later for the WGN radio broadcast (no road TV games in those days) -- the game began at 10 p.m. CT. That was generally true of most night games in that era; most of them started at 8 p.m. local time, and that schedule lasted for many clubs well into the 1970s.

The Cubs lost the game 3-2 in 11 innings on a walkoff homer. Don Zimmer, future Cubs manager, homered for the Cubs. The game ran 3:17, so it ended after 1 a.m. Chicago time. (Thanks to Ed Hartig for the info on this one.)

The Cubs have opened the season on the West Coast a couple of other times, in San Francisco, both day games. There was a 9-1 loss to the Giants April 12, 1966, the first game of Leo Durocher's managing tenure, and a 5-3 win April 3, 1984. That season turned out pretty well, at least until October. The 1984 game was the last time the Cubs opened the season in California.

We have higher hopes for 2016. We made it through another winter. Baseball's back! Everyone ready?

And here, in visual form: 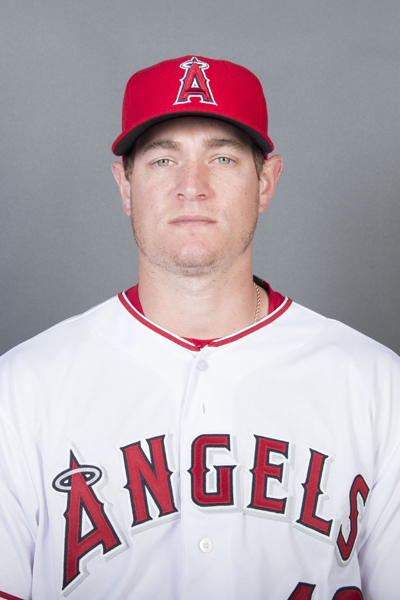 Jake Arrieta hopes to continue the awesomeness that was his 2015 season. He faced the Angels three times while a member of the Orioles, with poor results. The last time was almost four years ago and the only players who appeared in that game who are still on the Angels are Mike Trout and Albert Pujols. The Angels player who's faced him most is Yunel Escobar (7-for-19). Probably none of that means much, since this is a far different Jake.

Garrett Richards made two relief appearances against the Cubs in 2013, the last time these teams faced each other. Here's one of the boxscores, for amusement value. The only two Cubs who have more than a couple of at-bats against him are Dexter Fowler (3-for-6) and Ben Zobrist (6-for-11, a home run). Those Zobrist numbers are interesting, though a small sample size.

Today's game is on ABC7 Chicago. I don't yet have OTA coverage info for the blackout markets; hopefully soon. It's also available nationally on ESPN2.