The Cubs look to take a two games to one lead in this series.

If you're still clinging to hope that "Kyle Schwarber could DH in the World Series!" (which is, also, great optimism about the WS), please read this:

So, it's not going to happen. The earliest we'll see Kyle on a baseball field again is next February in Mesa. I agree with Theo's comments; Schwarber will work very hard to get back to his expected level of performance, and we'll just have to wait till next year.

In the meantime, the Cubs will carry on. 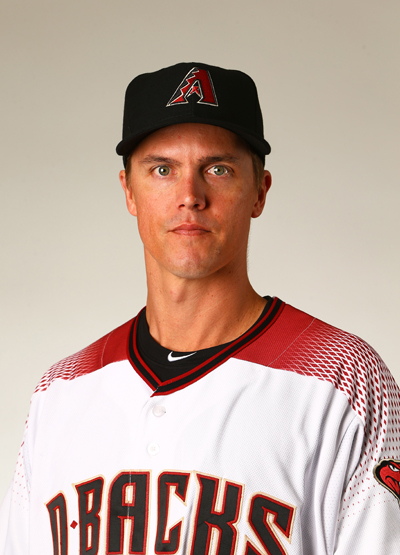 Kyle Hendricks had a strong spring training, and his last start against the Diamondbacks (September 6, 2015 at Wrigley Field) was acceptable (five innings, one run). I'm hoping he continues to build on the excellent outings he had in spring camp. Of current D'backs, only one has faced him for more than two at-bats. That's Jean Segura (3-for-14).

Zack Greinke was signed to a huge contract by the D'backs and promptly got pounded, hard, by the Rockies in his first Arizona start. The seven runs he allowed represent 17 percent of all the earned runs he gave up all of last season. It was just the eighth time in his career (out of 324 starts) where he had given up three or more home runs. His last start vs. the Cubs was June 23, 2015 at Wrigley Field, where he threw six shutout innings (but the Cubs eventually won the game). The Cub who has faced him most is Miguel Montero (8-for-26, a double, two home runs, three walks).

To give you a further idea of how bad Greinke's first start was, at no time during his great 2015 season was his ERA ever above 2.00. To get to the 2.00 level now, he would have to throw 28 consecutive scoreless innings. Possible, but not likely.