If it seems to you as if the Cubs haven't played much baseball lately, your feeling is correct.

With an off day and two rainouts this past week, the Cubs have played just three games since last Sunday. With wins in all of those plus last Sunday in Cincinnati, they're riding a four-game winning streak coming into the final game of this abbreviated two-game series against the Braves, who they'll see again in Atlanta in June, and then most likely for a makeup of Saturday's rainout in July (though no official makeup date has been set).

The rainout means that the Cubs, along with the Mets, have played the fewest games in the major leagues at this date -- 22. Most teams are at 23 or 24 games, the Diamondbacks have played the most with 26. This doesn't mean much except for having to catch up over the next few months.

It's not going to be real nice weatherwise today -- cloudy, high in the mid 40s -- but at least the rain has exited the Chicago area (until late in the day, according to that forecast), so they'll get this one in. 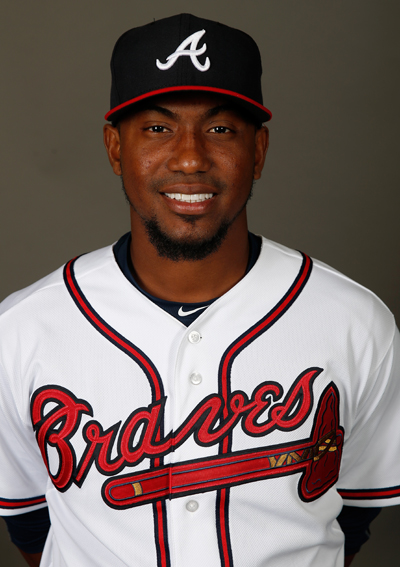 John Lackey has made two good starts and two not-so-good ones this year, so his results so far as a Cub are mediocre (4.97 ERA, although with a 3.20 FIP). He faced the Braves just once last year, and it was kind of a throwaway appearance, four innings as a playoff tuneup on the last day of the regular season. It's interesting to note that Lackey had a similar April for the Cardinals last year (4.21 ERA, two decent starts, two mediocre ones) before having a much better May (1.89 ERA). That, perhaps, is a good sign.

Julio Teheran, once one of baseball's top pitching prospects, has really not pitched well since the beginning of 2015. This year: two decent starts, one mediocre, two pretty bad outings, and 11 walks and five home runs allowed in 29⅓ innings. The Cubs got to him pretty well July 17, 2015 in Atlanta, knocking him out in the fifth inning after 90 pitches. This year's patient Cubs should be able to do the same.