The Cubs try to begin another winning streak.

The Cubs went the longest of any team without losing consecutive games since the 1929 Philadelphia Athletics, who were 39-11 before they lost two in a row. That team, like this year's Cubs, was also 25-8. To get to 39-11, this year's Cubs would have to go 14-3 over their next 17 games, which seems hard... but when you're 25-8, anything seems possible.

The Cubs are 5-2 on the current homestand with three games remaining. 8-2 would be nice, wouldn't it?

Here's another interesting note about our team:

Longest .500 or above streak now belongs to @Cubs: pic.twitter.com/BlYGasTIBy 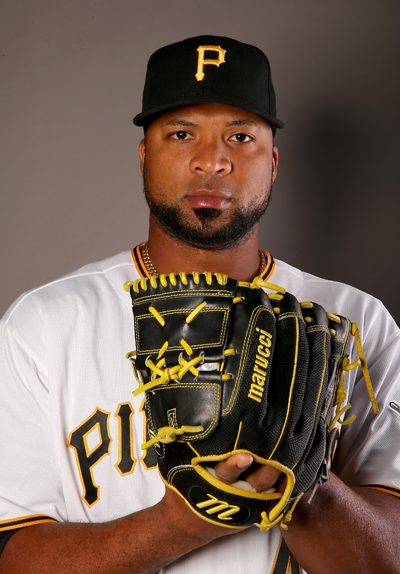 Jason Hammel threw five decent innings against the Pirates in Pittsburgh on May 2. He was taken out after 89 pitches, largely because the Cubs had a 6-2 lead at the time. He allowed a first-inning homer to Andrew McCutchen, but was largely untouched after that.

Francisco Liriano had a 2.13 ERA in two starts against the Cubs last year, but this year's Cubs might be able to take advantage of Liriano's walks -- 19 in 35 innings. He's also allowed five home runs already this year after giving up only 15 in 186⅔ innings all of 2015. His last start, May 10 vs. the Cardinals, was quite good: seven innings, two runs, 10 strikeouts. The Cubs have historically had trouble with Liriano; hopefully, today is different.

Today's game is on WGN. Outside the Chicago and Pittsburgh markets it's available nationally on MLB Network. It's also on 670 The Score and Sirius/XM 183.