The Cubs go for another sweep of the Pirates.

With the Cardinals' loss to the Dodgers Saturday night, the Cubs are nine games ahead of them, as well as the Pirates.

This is a rare event in Cubs history. Here are all the previous years in which a Cubs team had at least a nine-game lead in their division or league.

2008: Cubs led the Brewers in the N.L. Central by at least nine games for about a week from September 16-24. The lead got to as much as 10 games; they finished the season 7½ games in first place.

1984: Cubs led the Mets by 9½ games for one day, September 15, after defeating them at Wrigley Field. They eventually won the N.L. East by 6½ games.

1969: Cubs had a nine-game lead for one day in June (June 15) and again for several dates between August 6 and 16. We don't have to discuss what happened after that.

1929: Cubs went up 9½ games on August 20 and maintained at least that big a lead for the rest of the season. The highest point was 14½ games ahead on August 27 and September 15; they finished 10½ games ahead.

Beyond being rare, you'll note that the Cubs' current nine-game lead is more than a month earlier than any of these other leads. Granted that many of those other leads were in a single league rather than one divided into divisions, but even today, the Cubs' record is 5½ games better than any other N.L. team.

And with one exception, all those Cubs teams made the postseason. Bodes well for this year, I'd say.

.@JLester34 takes the mound in the homestand finale! 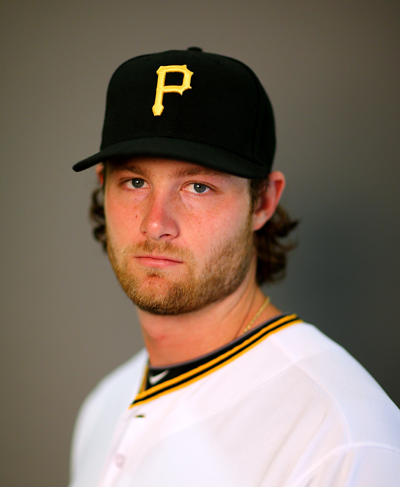 Jon Lester threw 5⅔ scoreless innings against the Pirates May 4 in Pittsburgh. He gave up eight hits, all singles, and walked a pair, but managed to strand all the runners he allowed. Lester has been generally very, very good this year. Hope it continues.

Small sample sizes, obviously... but it appears the Cubs have Cole scouted pretty well. They've brought out the big bats so far in this series. Cole has allowed only two home runs so far this year. Time for that to change.