The Cubs begin a nine-game road trip by facing the Brewers.

In the series preview, I noted that the Cubs have won the last seven games they have played in Miller Park.

But their recent dominance of the Brewers goes farther than that. Since September 1, 2014, the Cubs are 21-6 against their rivals from up I-94.

The Brewers are in "rebuild" mode and don't figure to be very good this year. This would be a great series to continue this sort of domination.

Here is tonight's #Cubs lineup for the opener in Milwaukee! 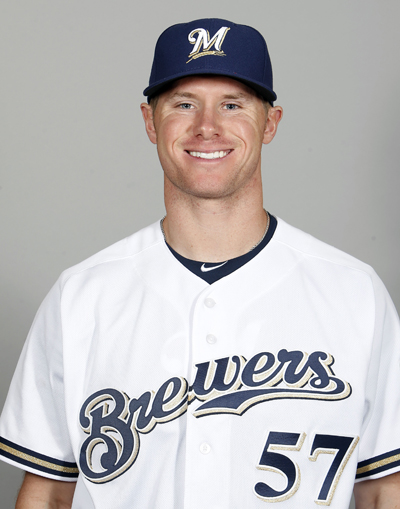 Kyle Hendricks has had a very good May so far (1.42 ERA, 0.868 WHIP in two starts). He allowed the Brewers just two hits and a run in five innings April 26 at Wrigley Field. He was lifted after 69 pitches that day for a pinch-hitter as Joe Maddon tried to generate some runs (it worked, the Cubs scored a run in that inning). Over his career Hendricks has a 1.49 ERA in seven starts against the Brewers and a 0.49 ERA in three starts at Miller Park. More of this, please.

Chase Anderson came to the Brewers in the deal that sent Jean Segura to the Diamondbacks. He has had a rough time this year, especially over his last four starts, where he's posted a 9.31 ERA, 26 hits, 11 walks and seven (!) home runs in 19⅓ innings. (Yikes, that's bad.) He has never faced the Cubs (as a pitcher -- he did pinch-hit at Wrigley for the D'backs in the ninth inning of this 14-5 Cubs win last September 4 and popped out), and the only Cubs who have faced him are Jason Heyward (1-for-6) and Tommy La Stella (0-for-3).